March 30, 2020
 Tags cover-19, covid19, ronablogs
 Category Covid-gate
Woot Woot! Day 10 everyone! If you are just finding these blogs, welcome! For those of you who have been following along since I started, welcome back. It is Monday, and there is so much that I have on my plate to get done. In yesterday’s blog I mentioned that I had to take a trip to The Home Depot. I am working on a fence at my home, and it is proving to be a bit of a challenge, but once it is done I will have completed yet another project.

As a massage therapist and yoga instructor, it feels a little weird that I would be talking about a fencing project. I do miss my clients and working with others. My massage table has been setup since last week. However, I think it is time for me to put it down for now. This fencing project that I am working on is a reaction to external forces. I have seen myself act somewhat out of character, and that bothers me. Is it that we have been in self  isolation for too long? Yesterday I spoke about how pleasant it was when I interacted with strangers. That still holds true today. However, those who aren’t strangers to you, who are nasty toward you, how do you respond?

Using Yoga to get through it

I have turned to Yoga to help me move past irritations in the past. While many may say “you would say that as a yoga instructor”, I would say yes I would because it works. Obviously, when in the heat of the moment, I probably won’t get into Warrior I or II poses😂. However, there are breathing techniques that can be practiced to help bring the heart rate back within normal range. The additional oxygen will also help to clear your mind to think more clearly. There is a point where the stress of it all becomes detrimental. If we could practice breathing exercises, our decision making may be improved.

In a research study,  56 management students aged between 19 and 29 years were recruited from a business school in France. The students were divided at random into two groups, a control group and a “breathing exercise” group.

All the students were told to imagine they were in charge of a fictional retail clothing company and were given information about the company’s background, its staff, the major issues it was facing, letters, memos, telephone messages, and notes. The information they received was designed to feel psychologically overwhelming. After reviewing it, each student had to make seven rapid-fire business decisions in the form of seven multiple choice questions.

For two minutes before answering the questions, the control group relaxed while the breathing exercise group practiced breathing in a 5-2-7 pattern, according to the instructions:

I can do better for myself

As I mentioned earlier, I know that breathing works. I don’t always activate this not so secret weapon whenever faced with a stressful situation. I can do better for myself though. During these Coronavirus times, I am sure these situations will arise. The best thing I can do is try to make the breathing exercise above, or other breathing exercises a part of my natural response. With everything, practice is needed. My commitment to self is to breathe with more intention.

[…] my yard. Do you remember when I told you all that I would work on my breathing moving forward? (read here) I have been working on it throughout the day. There were times when I didn’t want to keep […] 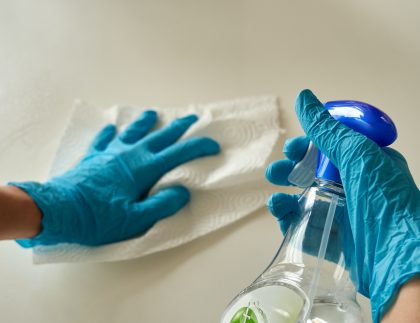